AIAC Pacific Committee member Dave Caddey passed away peacefully on September 2 at the age of 65 after a brief battle with cancer. He is survived by his wife, Donna, and two adult sons. Dave leaves behind a powerful legacy to the aerospace community and particularly to Canada’s achievements in space. He worked at MDA for nearly thirty years, from 1986 until his retirement late last year, lending his management and leadership skills to some of Canada’s most advanced space systems projects. He also served on AIAC’s Board for from 2000 to 2014, including terms as Board Chairman, Honourary Treasurer, Chair of the AIAC finance and audit committee, and Chair of the Space Committee and the Space Working Group during the Emerson Review. Dave was the recipient of a James C. Floyd Award for Achievement in Aerospace at the Canadian Aerospace Summit in Ottawa last November. He was a personal friend to many in the BC and Canadian aerospace community, and will be deeply missed.

First-ever study of the BC aerospace sector reveals strengths, challenges and opportunities A new study reveals that the BC Aerospace industry is made up of over 160 small, medium and large firms that directly employ 8,300 British Columbians and generate $2.4 billion in revenues and $1.3 billion in value-added output (Gross Domestic Product – GDP). Furthermore, growth in aerospace is predicted to have a significant impact on the BC economy with each $100 million in additional revenues resulting in up to $138 million in additional GDP, plus 330 direct and up to 450 indirect jobs. The study, KPMG’s Economic Impact Analysis and Capabilities Study of the BC Aerospace Industry, was commissioned by the Aerospace Industries Association of Canada (AIAC Pacific) in partnership with the Province of BC. The study also revealed that BC’s aerospace industry is the third-largest in Canada and a national leader in the Maintenance, Repair and Overhaul (MRO) and the rapidly-evolving and high-value In-Service Support (ISS) sectors. BC is also home to one of Canada’s aircraft Original Equipment Manufacturers (OEM) and is a leader in space technology, with specialized capabilities in satellite communications and earth observation. “This study is an important first step in developing a growth strategy for BC aerospace, as it lays out the current state of the industry and identifies where we need to close gaps and enhance capabilities in order to take the industry to the next level,” said David Schellenberg, Chair of AIAC Pacific. “We’re excited to be working in partnership with the provincial government to develop and implement a strategy that will see aerospace contribute to the growth of a diversified BC economy.” The study was conducted with financial support from the Province of BC, which has committed $5 million over five years to unify and grow the BC aerospace industry and attract more global business and investment to BC. “As we look forward to incredible growth within BC’s aerospace industry, it’s important to make sure we have a clear snapshot of where this sector is at,” said Shirley Bond, Minister of Jobs, Tourism and Skills Training and Minister Responsible for Labour. “The key findings from this study will help us to know exactly where we stand, creating a foundation for further growth that will continue to keep our economy diverse as well as create jobs for British Columbians.” The study identifies a variety of opportunities and challenges the BC industry must meet in order to continue growing in size and importance nationally and internationally, including: Proximity to Boeing’s final assembly lines in Washington State; Strengths in the rapidly-growing space sector; Industrial Technological Benefit (ITB) obligations and defence procurement opportunities; Industry fragmentation; Disproportionately small share of aerospace R&D. “British Columbia is an important player on the national aerospace stage, and as this study reveals, it is well positioned for growth,” said Jim Quick, President and CEO, Aerospace Industries Association of Canada. “AIAC, both nationally and in BC, looks forward to continue working with BC’s aerospace leadership and the provincial government to ensure BC is a full participant in national initiatives and is able to build on the industry’s current strengths and develop important new capabilities.” AIAC Pacific is working with a team of industry leaders and experts to develop and implement a strategy to position BC’s aerospace industry to participate fully in national initiatives, gain international exposure and pursue global business opportunities. The complete Economic Impact Analysis and Capabilities Study of the BC Aerospace Industry is available for viewing here

The tour will commence July 1 as part of the City of Victoria’s Canada Day festivities, where a fleet of Viking aircraft will fly over the “Living Flag” display on the lawn of the Victoria Legislature. The aircraft will then depart on July 2 for a two-and-a-half week flying tour to the North. Read More.

From coast to coast, Canadian aerospace stakeholders are joining forces to take R&D to new heights and become even more innovative. Five regional organizations have joined the Consortium for Aerospace Research and Innovation in Canada (CARIC) to lead the industry, universities, research centres and colleges in collaborative research projects and develop cutting-edge technology. Read More.

105 years ago today, J. A. D. McCurdy became the first Canadian to achieve controlled powered flight by piloting the AEA Silver Dart off the ice of Baddeck Bay in Bras d’Or Lake, Nova Scotia. For over a century, Canada has led the world in developing and manufacturing cutting-edge aircraft and aerospace technologies.  British Columbia aerospace industry welcomed the provincial government’s 2015 budget pledge for aerospace as a signal of the province’s confidence in the industry’s growth potential and its commitment to supporting an ambitious strategy to develop a unified and sustainable aerospace cluster in B.C. Download the PDF

There are several oppotunities in January and February for you to meet with the five new community apprenticeship advisors and ITA’s CEO, Gary Herman. At these meet-and-greets throughout Metro Vancouver and the Fraser Valley, you will learn how on-the-ground advisors will work with apprentices, employer sponsors, and other stakeholders to advance apprenticeship continuation and completion. There is no charge for these events and there will be light refreshments provided.Go here for a full list of dates, cities, times, and links to registration. Read more.

AIAC Pacific congratulated the BC Government on the release of its plan to ensure that technology development remains a vibrant and sustainable economic driver for the province in the years ahead. The BC Technology Strategy, which was released by Premier Christy Clark at the BC Tech Summit Monday in Vancouver, contains a series of initiatives focused on supporting technology learning, investment, and research and development, including in the aerospace industry. “As one of the most advanced manufacturing industries in the world, our ability to develop cutting-edge innovation and technology is essential to the success of the aerospace industry,” said Jim Quick, President and CEO of the Aerospace Industries Association of Canada (AIAC). “We are very pleased to see the government’s commitment to supporting technology development and commercialization in British Columbia, and we are confident that this will positively impact the growth of the aerospace industry in the province.” As part of its partnership with the BC government to support the development of a unified aerospace cluster in the province, one of AIAC Pacific’s main priorities is the development of several R&D Centres of Excellence within the province. The association also acts as the regional office for the Consortium for Aerospace Research and Innovation in Canada (CARIC), a national collaborative research network. About AIAC: AIAC is the national association representing Canada’s aerospace manufacturing and services sector.  As the world’s fifth-largest aerospace industry, Canada’s aerospace sector contributes over $29B to the economy in GDP, exports 80% of its output, and dedicates over 20% of its activity to research and development (R&D). Aerospace is responsible for the employment of 180,000 Canadians. About AIAC Pacific: The Aerospace Industries Association of Canada created AIAC Pacific with a mandate to promote and develop aerospace business in BC by acting as an advocate and facilitator among industry and government. AIAC Pacific speaks with a cohesive voice for the industry; it provides access for BC companies to national and international programs; and, it aims to develop a strong relationship with the provincial government. AIAC Pacific has a unique relationship with AIAC in that it is the only provincial entity managed by the national association. 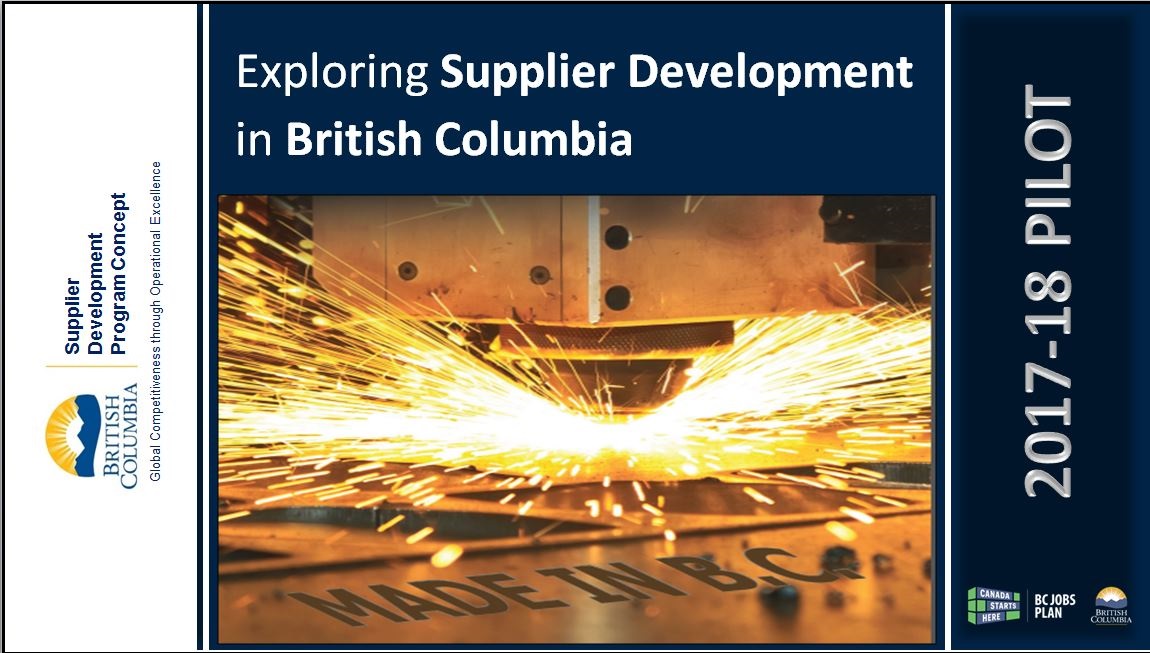